This page if focused on the various Dodge Dart Trims, Special Editions and Packages that were offered over its 16 year run that spanned four generational body redesigns.

The previous 3 trim levels were dropped and replaced with the Low Spec – 170 and High Spec – 270.  The premium model became the GT.

The premium GT trim was first offered during the Third Generation Dodge Dart in 1963. Originally the GT was only made available as a 2-door convertible but later was also made as a 2-door hardtop. It is most common today to find a GT as a convertible however some hardtop versions are also available.

The fourth and final generation of classic Dodge Darts was filled with various trims including the most popular covered below. 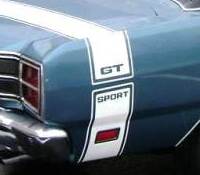 Chrysler introduced the performance-oriented GTS models during the Fourth Generation in 1967. These came standard with the 340 cubic inch 5.6L V8 with a 300 horsepower 383 6.3L big block as an option. GTS models are badged with the GT logo and sport symbol below it, as pictured to the left. 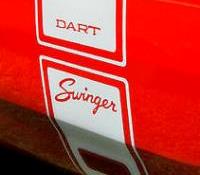 The following was optional equipment: 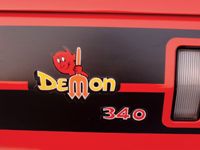 The Demon trim was first introduced in 1971 after a short stint as the Beaver.  The Demon trim was expanded with the Demon 340 including an optional blackout hood treatment.  In addtion a high end Demon Sizzler model was made coming equipped with rally wheels among other high value features.  In 1973 the Demon was renamed to the Sport in response to complaints from Christian groups.

Other Types of Dodge Darts

Let us know what you think of this summary below!